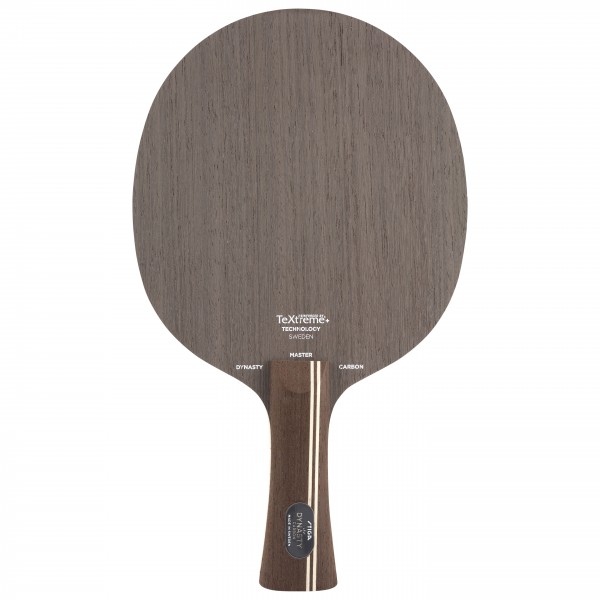 Dynasty Carbon is the result of years of development in search of a carbon blade with the ultimate balance between classic wood feel, known as the "STIGA feeling", and carbon fabric development. We have developed and designed Dynasty Carbon together with World- and Olympic champion Xu Xin, to create a blade especially for the omniscient player who masters all elements of Table Tennis. The Dynasty Carbon uses a newly developed Swedish made and patented carbon technology which makes the carbon fabric as stable and strong near the edges as in the middle, without affecting the overall balance and weight of the blade. This new Carbon technology is called TeXtreme+. TeXtreme+ draws from the original TeXtreme Spread Tow Carbon Technology and consists of an advanced, super thin carbon fiber fabric that maximizes the strength-to-weight ratio. Dynasty Carbon is built with a thick middle veneer which enhances the core feeling and overall balance of the blade. The outer veneer is Koto, chosen for its quality and short in-game dwell time in comparison to more traditional outer veneers. This blade which combines superb touch with unbeatable power, gives you the possibility to be as creative, technical and powerful as Xu Xin.